1. “You know, it really doesn’t matter what the media write as long as you’ve got a young, and beautiful, piece of ass.”

4. “Our great African-American President hasn’t exactly had a positive impact on the thugs who are so happily and openly destroying Baltimore.”

5. “All of the women on The Apprentice flirted with me – consciously or unconsciously. That’s to be expected.”

6. “One of the key problems today is that politics is such a disgrace. Good people don’t go into government.”

9. “I’ve said if Ivanka weren’t my daughter, perhaps I’d be dating her.”

10. “I have never seen a thin person drinking Diet Coke.”

11. “I think the only difference between me and the other candidates is that I’m more honest and my women are more beautiful.”

13. "My IQ is one of the highest — and you all know it! Please don't feel so stupid or insecure; it's not your fault." 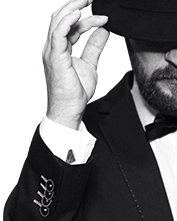 為了最佳瀏覽效果，請使用Chrome、Safari或其他瀏覽器。 Please use Chrome, Safrai or other browsers for better experience.